NYCHA By The Numbers

The total number of public hoursing developments in the system.

The total number of individual buildings throughout the five boroughs.

The total number of apartment units included in all of the buildings combined.

The approximate number of families currently living in the apartment units.

The number of residents that are officially listed in the system.

The estimated number of residents actually living in all of the apartment units. 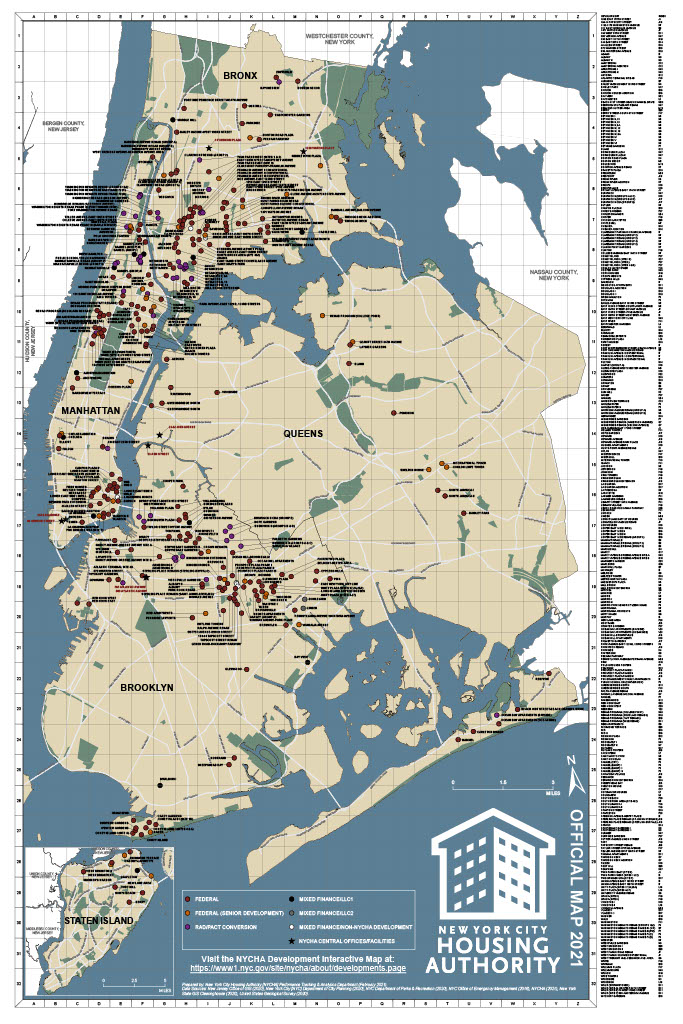 Originally planned for predominantly White working-class families, The more than 300 developments that make up New York City’s public housing, make it the largest public housing system in the nation. When first designed these housing projects excluded single mothers, people who didn’t show consistent work history, and those who didn’t own furniture.

In the late 1960s and early 70s, the number of people in NYC who depended on public assistance doubled. Under pressure from civil rights advocates, the city changed its rules regarding eligibility for public housing.

Due to systemic racism and growing poverty rates among communities of color, residents of NYCHA houses were predominantly Black individuals and families by the 1980s.

Since the early 2000s, and especially since Hurricane Sandy in 2012, many NYCHA buildings have been in disrepair. The city has shifted billions of dollars away from public housing, and the mismanagement of aging buildings has left families who had already faced significant challenges with a lack of safe and affordable housing.

At Hood Code, our founder’s history of growing up in NYCHA houses has inspired our focus on these communities throughout New York City. We understand the challenges of life in NYCHA houses, and yet we see them as places of hope. They are filled with brilliant and talented adults and children who dream of a better future.